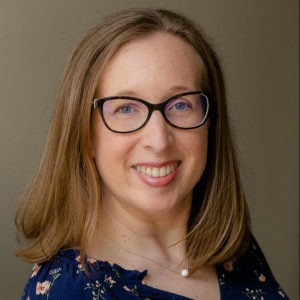 For the more than 7,000 service members who traveled through Karshi-Khanabad Air Base (K2) at the start of the Global War on Terrorism, deployment stories aren’t the only reminders of time spent at the airbase. Debilitating illnesses, often life-threatening ones, have followed them home and are likely due to toxic exposure from their time spent at K2. And while they have rested on the promise that the VA will care for them after their military service, they are surprised and disheartened to find that they are being turned away over a technicality.

K2, the “Secret” Gateway to the War on Terror

Karshi-Khanabad Air Base, commonly called K2, is located in southeast Uzbekistan near the Afghanistan border. A former Soviet base, the site provided space for a temporary camp, a suitable runway, and a strategic location to launch the war. Unfortunately, the base also came with dangerous toxins found in the soil and surrounding area, thanks to the Soviet demilitarization of chemical weapons conducted years ago. Accidents and explosions scattered volatile chemicals throughout the base, now settled in the soil at K2. The same soil that service members walked on, raked aside, scooped into sandbags, and inevitably breathed into their lungs.

When those assigned to K2 arrived, they were not warned about the toxic hazards or provided protective equipment. Leaders assured them that risks were minimal. But service members had their suspicions about their new duty station. The black goo that bubbled up when they dug into the dirt and the glow from the color-changing water they called “Skittles Pond” were clear signs that something was not right.

These suspicions prompted two Army units to conduct tests that identified nerve, mustard, and blood agents along with alpha radiation. Base leadership deemed these tests to be false positives.

Declassified documents released to the Subcommittee on National Security in July 2020 list toxins such as Petrochemical Contamination, Volatile Organic Compounds (VOCs), Particulate Matter 10 (PM10), and Tetrachloroethylene. Other tests showed depleted uranium near the base’s “tent city.” And burn pits were the primary means of waste disposal, meaning anything and everything classified as waste was burned, sending fumes across the base.

Paul Widener, a retired Air Force Master Sergeant who was stationed at K2, testified to these conditions to the Committee on Oversight and Reform on February 27, 2020. He said they “encountered dangerous, troubling conditions from radiation, toxic substances, and unknown contaminants” and that “each time a new contaminant” was discovered, “the finding was classified and removed from open source.” He also shared that several doctors at K2 wrote letters for personnel to take home to document the exposure to contaminants and the health risks of that exposure. Those letters were removed from personnel medical records.

Devastating Effects of Serving at K2

Those letters did indeed foretell the effects that K2 Veterans would face at home. Many began experiencing severe headaches, skin rashes, thyroid issues, GI problems, and more. An astounding 400 members have been diagnosed with cancer, and 30 have died. K2 Veterans are 500% more likely to develop cancer, and 75% are expected to get sick from exposure.

For Lieutenant Colonel Timothy Brooks, his symptoms appeared one year after returning from K2 while preparing to deploy again to Iraq. Crippled by an excruciating headache, he soon was diagnosed with a rare form of aggressive brain cancer. He passed away one year later.

Army Veteran Mark Jackson spent ten months at K2 and developed several unusual illnesses upon his return, including his thyroid’s total debilitation. This advanced stage thyroid disease is not typical for a healthy man in his late twenties unless radiation exposure has occurred. Mark’s doctors say he will lose his thyroid one day. For now, he takes copious amounts of meditation to keep his endocrine system working.

Adding Salt to the Wound

To make a horrible situation even worse, many of these Veterans who are experiencing illness and disease due to the contaminants at K2 are being turned away by the VA as they look for treatment and answers. The VA asserts that there is not enough evidence to connect these illnesses to service at K2. As of November 2020, the agency says an investigation is underway, likely to take 12-18 months to complete. This type of delayed treatment sounds reminiscent of the Vietnam Era when countless Veterans sought Agent Orange exposure treatment.

Another troubling factor is that 38 CFR does not list Uzbekistan as a deployment location in the Southwest Asia Theater of Operations. That means K2 Veterans are not eligible to receive care and compensation for illnesses connected to their service in Uzbekistan. For Mark Jackson, Legislative Director at Stronghold Freedom Foundation, it all boils down to this: “Add Uzbekistan to 38 CFR.”

Paul Weidner and Mike West, both stationed at K2, established a Facebook group in 2012 to connect the Veterans of K2 for support as they searched for answers. Sadly, Mike West passed away from cancer in 2014, and Paul continued the mission by turning their group into a foundation. Today, the Stronghold Freedom Foundation serves K2 Veterans through advocacy and support.

Legislative Director Mark Jackson appeared on Dropping Bombs Podcast to bring awareness to the plight of K2 Veterans and makes it clear that it is not about not wanting to serve. “In spite of everything I already know, I’d still go back,” he says. “But we’re going to get recognition for what I’m telling you.” (referring to the illness caused by toxic exposure)

Several bills are in progress to get help for the K2 Veterans. You can view the latest updates to these bills on the Stronghold Freedom Foundation Legislation Page.

Those who want to help the K2 Veterans get access to the benefits they need can do so in three ways. Advocate for K2 Veterans through contacting legislative officials and asking them to support the bills that will give these Veterans help. Support the movement by sharing their story with friends and colleagues. Or make a donation to financially help the Stronghold Freedom Foundation to continue its efforts. Visit their website to get connected today.